So, it’s been a long time and a lot has happened. I decided to turn my life upside down and move from the Blue Mountains, where I’d lived for twenty years, to Melbourne. I’ve been here now for 16 months and I love it. I loved the mountains too, but I needed a change. I’d been thinking about it for about 5 years and in true Taurus fashion it took me a long time to make the decision. But once it was made bang! I was packed up and on the move. That’s another Taurus trait. Once the decision is made the bull goes full steam ahead. Now I live in an apartment a few kilometres from the centre of the city with no garden. Quite a change from my Blue Mountains house and my flower garden.

Do I miss it? Yes and no. I’ve been back to visit a few times and don’t regret the move but do acknowledge what a beautiful part of the world the mountains is. I don’t miss my garden but then again I have a thriving balcony garden with some roses, fuchsias and geraniums. 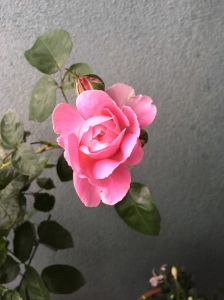 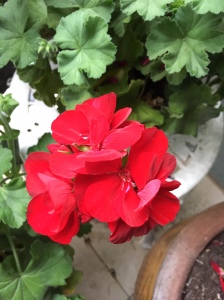 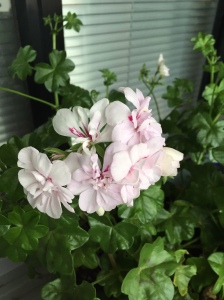 Have I been writing? Again, yes and no. For the first 6 months or so I did nothing but have down time and spent it as a tourist getting to know my new city. Then reality intruded and I had to get a job. So now I’m back in the criminal justice system working with incarcerated men. Three days a week which is just enough. It’s full on work but I am enjoying it.

I dabbled with some old stories and half written manuscripts thinking I could do a short cut by finishing some and getting them published. But I realised I’m not the same person now as I was when I wrote them. All this was crystalised for me when I read this article about staying on the bus. I’ve written two and a half novels in the Dark Mountain series so why was I off flirting with other bits and pieces? The article made me look at all my work with a critical eye. I think there is really only about four half finished novels that I can really do something with out of the close on twenty that are in various stages of completion. It feels good to discard the rest. Well, at least keep them in a folder that I’ll probably never look at.

I’ve started the third Dark Mountain novel tentatively titled Midnight Deception. Set in the Blue Mountains still with Julia and Dylan as the main characters and with a little help from Margaret from Festive Deception. There are lots of ideas floating around and my writing muscles are a bit stiff but about to get a work out! Stay tuned.

You can read about my books, Cold Deception, Desperate Deception and Festive Deception here.

One thought on “Staying on the Bus”

This site uses Akismet to reduce spam. Learn how your comment data is processed.

Born and bred in Sydney, Australia, I’m a life long lover of books in all forms but crime fiction in particular. I worked for many years in the New South Wales prison system but decide a tree change was needed so decamped to the beautiful Blue Mountains, west of Sydney. Now I write and work part-time in the community sector, tend my out-of-control garden, and try not to procrastinate too much. You can like me on Facebook and follow me on Twitter. Sometimes I play around with Pinterest. I can also be found over at Romantic Suspense Downunder.